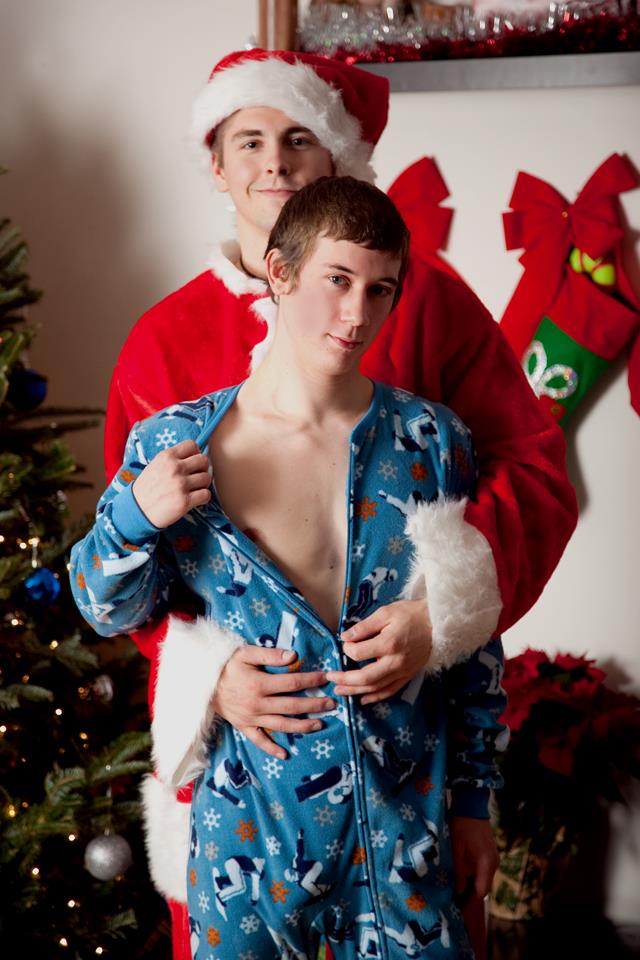 The guys at Southern Strokes were obviously having a little fun at their Texas Ranch this Christmas.  Ryan and Jake were staying at the ranch and have always really liked each other.  Ryan is sleeping by the Christmas tree waiting for Santa to deliver gifts.  Jake, the husky ranch hand is dressed up as Santa
Read More